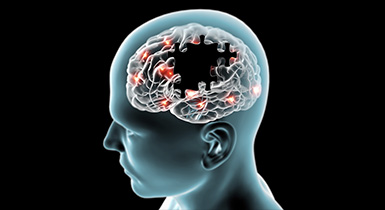 What is Alzheimer’s disease?

World Alzheimer’s Month is the international campaign every September to raise awareness and challenge the stigma that surrounds dementia and to create an awareness of the disease of the elderly. World Alzheimer Day is on 21 September each year.

What is Alzheimer’s disease?

Alzheimer’s disease is a neurological disorder in which the death of brain cells causes memory loss and cognitive decline. A neurodegenerative type of dementia, the disease starts mild and gets progressively worse. Alzheimer’s disease was first described by Alois Alzheimer in 1906.

Dementia is a collective name for progressive brain syndromes which affect memory, thinking, behaviour and emotion. Dementia is the leading cause of disability and dependency among the elderly. Alzheimer’s disease is the most common cause of dementia and accounts for 50%-75% of all cases.

How does this degenerative disease of the elderly affect the brain cells to cause memory loss?

In this condition brain cells and nerves is disrupted transmitting or carrying messages in the brain, particularly those responsible for storing memories. The nerve cells die in particular regions of the brain. The brain shrinks as gaps develop in areas which are responsible for storing and retrieving new information. These changes affect an individual to remember, speak, think and make decisions. The production of certain chemicals in the brain, such as acetylcholine is also affected.

What are the Symptoms of the disease?

Typically, Alzheimer’s disease begins with lapses of memory, difficulty in finding the right words for everyday objects or mood swings.

As Alzheimer progresses, the person may:

What are the Causes of Alzheimer’s diseases?

Alzheimer’s is caused by brain cell death and total brain size shrinks with Alzheimer’s – the tissue has progressively fewer nerve cells and connections.

Nerve cells (neurons) in the brain in Alzheimer are under a microscopic look like ‘plaques’ and ‘tangles’ between and within brain cells. These are abnormal protein clumps,

Researchers do not fully understand why the changes that lead to Alzheimer’s disease occur. Several different factors are believed to be involved. Risk factors for developing the condition include aging, a family history of Alzheimer, and carrying certain genes.

How is Diagnosis of Alzheimer’s disease done?

Symptoms can be diagnosed at any stage of Alzheimer’s dementia and the progression through the stages of the disease is monitored after an initial diagnosis, too, when the developing symptoms dictate how care is managed.

For doctors to make an initial diagnosis of Alzheimer’s disease, they must first be satisfied that there is dementia. It involves cognitive or behavioural symptoms that show a decline from previous levels of “functioning and performing” and interfere with ability “to function at work or at usual activities.”

TWO of the five symptom areas listed below as per from guidelines jointly produced by the National Institute on Aging and the Alzheimer Association diagnose a patient:

3. Impaired visuospatial abilities (but not, for example, due to eye sight problems): Inability to recognize faces or common objects or to find objects in direct view

5. Changes in personality and behaviour:

What are the Stages of Alzheimer’s disease?

The Alzheimer’s Association has broken this down further, describing seven stages along a continuum of cognitive decline based on symptom severity – from a state of no impairment, through mild and moderate decline, and eventually reaching “very severe decline.”

Some tests carried out are:

What is Treatment and prevention of Alzheimer’s disease?

There is no known cure for Alzheimer’s disease – the death of brain cells in the dementia cannot be halted or reversed.

Effective management of these conditions includes:

What is Prevention of disease?

There is a lot of research into risk factors associated with Alzheimer’s disease, so there may be lifestyle measures we can take to potentially reduce our risk and enjoy a healthier life more generally.

A 50-year-old legacy and tradition of caring is what Wockhardt Hospital stands on. Wockhardt Hospitals has been proactive in bringing innovative nurturing for better health. Wockhardt Hospitals has become a leading health service provider with its strong presence in the western parts of the country i.e. Mumbai, Nagpur Rajkot, Nasik and Surat. This group of 8 hospitals fulfils the need of the community in its chosen field of super specialty like Cardiology, Orthopaedics, Neurology, Gastroenterology, Urology, Aesthetics and Minimal Access Surgery.

Wockhardt Hospitals has state-of-the-art infrastructure. Our prime objective is patient safety and quality of care at all levels. The guiding philosophy is to serve and enrich the Quality of Life of patients and to make life win.

Wockhardt Hospitals follow process driven quality systems that adhere to international standards of clinical care, safe environment, infection control and respect for patient rights & privacy. Many of the Wockhardt group of hospitals has accreditation of the NABH (National Accreditation Board of Hospitals &Healthcare), the highest and the most stringent quality standards institution in India and the National authority in healthcare accreditation. To achieve high degree of clinical excellence, we have entered into strategic alliances with Partners Medical International, USA, whereby Wockhardt Hospitals has access to Harvard’s expertise and experience in the fields of surgery and other Medicare services. Wockhardt group of hospitals in India is a preferred destination for patients from Europe, USA, Africa, Middle East and South Asia.