Haematology is the study of the blood and the doctor who evaluates patients with various blood conditions are called a haematologists. Blood as you are aware is composed of rbcs, wbcs, platelets and plasma and other components. The role of the haematologists is to evaluate these parameters to come to a diagnosis of blood disorder cases.

The most common condition of blood disorder is anaemia. Apart from other conditions treated by a haematologists are blood cancers, haemolytic anaemias and bleeding disorders. In India, today anaemia today is seen in 55% of females and 30% of in males. The incidence of this is seen highly in elderly age group and 5years of age

The general symptoms of anaemia include breathlessness, chest pain, palpations, and tiredness, headache and malaise. To determine anaemia complete blood profile (Haematology) is evaluated. The results vary from sex and age. We say that a person has anaemia if the Hb in males is less than 13 to 13.5 gram decilitre and in females if it less than 12 to 12.5 decilitre(female), in case of pregnant female is 11gms we say that the individual is anaemic. Anaemia is also seen in the elderly and 5years age group in children

Generally in case of anaemia it is better to rule out all the causes of anaemia before taking iron tablets. That it is why it is imperative on visiting a haematologists to rule out the other causes. Taking iron for example in some cases in can cause iron to over load in some conditions.

What are the most common causes of anaemia evaluated by a haematologists:

Don’t ignore these signs and symptoms below which are associated with bleeding disorders:

In case you are experiencing any of these symptoms please visit our haematologists at Wockhardt Hospital. 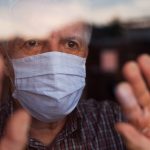 How to take care of Alzheimer’s patients amid coronavirus pandemic 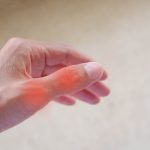 Apart from joint pain, rheumatoid arthritis can have 6 other dreadful effects on the body 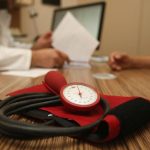