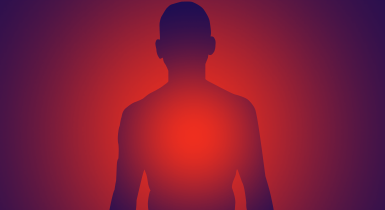 When a wound does not stop to bleed! Don’t ignore the sign – Haemophilia

Haemostasis is the process by which bleeding is arrested after injury to blood vessels or body tissues. In bleeding disorders the blood clotting mechanism is deficient and any injury or wound can result in heavy or prolonged bleeding. What bleeding disorders have in common is that they make it hard for bleeding to stop, which can cause problems during emergencies and surgeries. Bleeding disorders are passed down (genetic predisposition) from parents to child, but can in some cases show up without any other family members having it.

Two most common conditions apart from platelets disorders are Haemophilia and Von Willebrand disease (VWD). The signs and symptoms are very typical.

Don’t ignore these signs and symptoms below which are associated with bleeding disorders:

Some indicative Pathological tests that determine bleeding disorder include:

General Treatment of these conditions:

Bleeding disorders generally need specialised consultation and advise as they are chronic conditions.

You should consult a haematologist trained in treating bleeding and clotting disorder for people treatment plan, which will include –

Haematology is the branch of medicine concerned with the study, diagnosis, treatment, and prevention of diseases related to the blood. It involves diagnosing and further management of diseases that affect the production of blood and its components, such as blood cells, haemoglobin, blood proteins, bone marrow, platelets, blood vessels, spleen, and the mechanism of coagulation.

A few of these different types of blood conditions that are looked at include anaemia, thalassemia, haemophilia, general blood clots, bleeding disorders, blood cancers etc. are also treated by haematologist .

At Wockhardt Hospitals, we have essentially a team of highly trained haematologist, haemat-oncologist , physiotherapist ,orthopaedic ,joint replacement surgeries ,intensivists and access to safe blood products and clotting factor who are all equipped to provide patients with care in the field of Haematology.

To know more about bleeding disorders and if you are experiencing any of these signs and symptoms please consult our haematologist at Wockhardt Hospital.