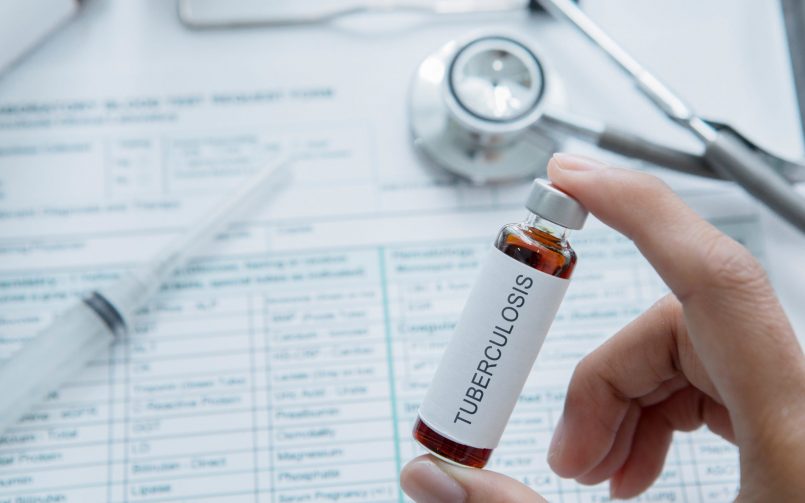 TB Or Not TB

What is the differential diagnosis?” I questioned my team, raising my arm with an MRI film in hand, holding it up against the morning light that brightened up the patient’s room. A differential diagnosis (or DD, as we like to abbreviate it) is where we list out multiple possibilities by weighing the probability of one disease over another, based on the clinical and radiological features of the patient’s symptoms, to work towards an actual final diagnosis. It is a process of clinical reasoning that we exercise to enable appropriate testing, helping us arrive at an answer.

Mrs Gandhi was a 55-year-old lady whose right eye appeared more prominent than the other. She felt pain while moving her right eyeball, and the tiny streaks of red we saw over the white of her eye looked angry and congested. The lower eyelid was swollen and appeared like a prosthetically positioned dark circle. An evening fever had been brewing in the background, but she had brushed it aside. She was capriciously told she had a tumour in the orbit and was sent to us.

The resident doctor peered at the scan, hoping I would shift focus to someone else or that my arm would tire waiting for an answer. When the diagnosis is uncertain, junior doctors don’t like to speak up for fear of saying the outrageous.

“At least describe what you see,” I said, trying to instil some confidence.

“There is a fleshy-looking soft tissue lesion around the right orbit pushing onto the eyeball. It seems to have eroded the lateral wall of the orbit and a bit of the base of the skull, infiltrating the temporalis muscle as well,” he muttered, albeit correctly.

Once again, a couple of blank looks were exchanged, all in the presence of the patient who was nauseous with anticipation, eager to know what was going on inside her.
“Looks like a tumour to me,” he concluded sanguinely.

“Anyone for infection—bacterial, fungal, tuberculosis?” I asked. They all nodded—some meekly, others mindfully.

Tuberculosis or TB should always be considered in atypical-looking lesions of the brain; the correct diagnosis comes from recognising patterns and keeping an encyclopaedia of possibilities open. Most people associate TB as being a problem of the lungs, but TB can affect any organ that has a blood supply: the brain, spine, skin, muscle, bone, intestine, liver, kidney, spleen and even the heart; everything except the nails, hair and teeth. Given the endemic nature of this disease in our country, it always makes the list of differentials.

There was a time when TB or one of its manifestations or complications could pass off as an answer to any question asked in an exam. Data suggests that nearly 3,000 people die of TB daily in India, because the bacterium is becoming resistant to the first line of drugs available to treat it. There was also a time when many of the uncertain or unexplained lesions in the brain and spine were empirically treated with anti-tuberculosis drugs and a vast majority would heal; that’s how we differentiated many ghoulish cancers from a certainly curable diagnosis of TB.

But in today’s practice of medicine, almost every suspicion of the diagnosis of TB needs a biopsy to prove the same and document drug sensitivity.

I explained to Mrs Gandhi the possibilities of this being a tumour or infection, mostly TB. We would have to do an intraoperative histopathological analysis or a “frozen section” of the tissue to decide on a further course of action. If the pathology of the mass during surgery suggested the presence of a tumour, we would attempt to remove it extensively. If it suggested TB, we would remove only enough to relieve the pressure on the eye without risking damage to neurological function, as post-operative anti-TB medication taken for a year would wipe out the residue effectually.

The next day, we did a craniotomy and removed most of the tissue as we waited for an answer from the pathologist, who was scrutinising the cells under a microscope in a lab nearby. Sometimes, even pathologists may have a portentous time differentiating one condition from the other, depending on the tissue they receive.

I once remember operating on a brain tumour in a HIV-positive patient. The scan looked like a lymphoma—a tumour that melts with a single dose of steroids and then some chemotherapy. We had decided, owing to the precarious location of the tumour deep inside the brain, that if the frozen section showed a lymphoma, we would not remove it completely, but that if it were any other tumour, we would go after it. The pathologist decreed it to be a lymphoma and so we stopped. The next day, despite high doses of steroids, the patient had malignant brain swelling and died. A few days later, while carrying out assiduous testing, the pathologist entertained the possibility that the cells showed a high-grade brain cancer also known as glioblastoma. He was apoplectic that some of those cells had mimicked a lymphoma. I
was devastated.

While we waited for the report to come in on Mrs Gandhi, we casually bet a coffee as we removed more abnormal tissue from her head. “This looks like tumour to me,” I said, giving my final remarks. My assistant disagreed. “It’s TB,” he announced, and he was right. We finished the job and a few days later gave her the positive news that her TB was sensitive to the first line of drugs. She was back to work in a week, the scar perfectly covered behind her hairline; no one in the office could tell she had just had brain surgery. A year later, she was cured, a scan showing no trace of the lesions.

Medicine focuses on discerning the original and discarding the mimic. The word “diagnosis” arises from the Greek “to know apart”. A severe bout of gastritis can mimic a heart attack, and that of low blood sugar can imitate a stroke. A complex migraine can present itself in the same way as does a brain haemorrhage. A simple lump can be camouflaged as cancer. In our present times, a regular cough and cold masquerades as COVID-19. If human beings at their very core are not true to themselves, how do we expect our illnesses to be? Or not to be.