Today, due to changing lifestyles and stressful environment, more and more women are facing the problem of uterine fibroids. Fibroids are tumors formed by the irregular growth of uterine cells, that are commonly seen in fertile women and are also usually caused by genetic factors. The exact cause of fibroids is not yet known, but the most probable cause for the development of fibroids is excess estrogen due to hormonal imbalance. Fibroids comes in a variety of sizes and in very few patients it can turn into a cancerous form. A prolonged and untreated fibroid may convert into the cancerous state in around 1% of patients. It is estimated that one among every eight women in India suffers from fibroids.

Let us now look at the symptoms of fibroids, if the size of the fibroid is too small or if the fibroid is outside of the uterus, no symptoms appear. Other women may feel uncomfortable and experience painful symptoms such as; excessive bleeding or severe pain during menstruation, Irregular bleeding during two menstrual periods, severe pain during sexual intercourse, pain in the lower back, frequent urination, frequent miscarriages, constipation, anemia, or menstruation stretched over a week. If any of these symptoms appear, a Gynecologist should be consulted immediately.

To diagnose fibroids, the doctor may suggest some blood tests along with Sonography (USG). If the exact position of the fibroids is not known in sonography, MRI, or Hysteroscopy is recommended to examine the uterus through a scope. After a thorough examination, patients are prescribed medication or surgery. Some types of fibroids are relieved by medication, if not, surgery is an option. Uterine fibroids can be removed by myomectomy surgery, if the size of the fibroids is small, this surgery can also be done through a laparoscope.

When there is a risk of recurrent fibroids in the uterus and doctor feels patients may not get benefit from myomectomy surgery, hysterectomy surgery is the only option in which the uterus is removed, resulting in zero risks of recurrent fibroids, but patient selection is very important for the type of surgery to be done for best results. Regular check-ups by a Gynecologist are recommended to prevent fibroids, give a clear idea of family history of fibroids to your doctor, along with these weights should be kept in control, healthy diet and regular exercise has to be maintained, make positive lifestyle changes, avoid stressful situations and avoid medication without doctor’s advice. 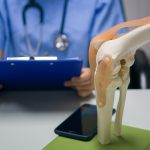 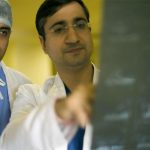 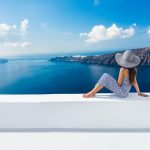