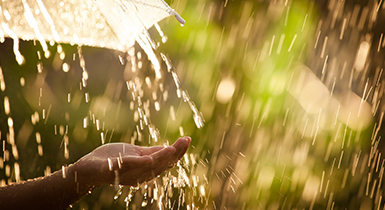 The monsoons bring a relief from the scorching heat during the summers but with their respite, they also bring along with them various maladies. Every monsoon season, the risk of catching various diseases is extremely high due to unhygienic conditions and not adhering to basic preventive measures. Many of these monsoon diseases remain undiagnosed until they progress to undesirable complications. This is why early diagnosis and treatment of diseases in rainy season is important making the difference between life and death. Here are some common diseases which are highly prevalent during this season that you should be aware about.  It is also advisable to understand the preventive measures of these diseases and precautions that you and your family can take as well.

Common cold is one of the most commonly occurring during the monsoon season. It is highly contagious disease due to the spread of virus in the air which infects the upper respiratory tract and thus affects the nose and the throat. Symptoms involve runny or stuffy nose, body ache, throat irritation and soreness and fever. It is always advisable to consult a physician and get the required medicines prescribed for getting cured from the infection

The best way to prevent common cold is to have a healthy, balanced and nutritious diet regular which will develop the immune system of the body and improves the body resistance.

Another most common and deadly bacterial disease that spreads during monsoon is “cholera” This disease is caused by contaminated food and water and also poor hygienic conditions .Common symptoms of cholera are severe diarrhoea with watery stool ’rice water stools” and vomiting which causes immediate water loss and muscle cramps. Diarrhoea can be so severe that it leads within hours to severe dehydration and electrolyte imbalance. A rapid dipstick test is available to determine the presence of V. cholera bacteria from stool sample

Cholera requires immediate treatment because the disease can cause death within hours. The goal is to replace lost fluids and electrolytes using a simple rehydration solution, oral rehydration salts (ORS). The ORS solution is available as a powder that can be reconstituted in boiled or bottled water. Antibiotics are not a necessary part of cholera treatment.

“Typhoid” is another waterborne bacterial infection caused by bacteria called Salmonella. This disease is caused by contaminated food or drinking food or water contaminated with the faeces of an infected person. Diagnosis is made by any blood, bone marrow or stool cultures and with the Widal test.

Symptoms of the diseases are prolonged high fever, severe abdomen pain, headache; vomits are common symptoms of this disease. The worst part is that the infection of this disease can remain in the gall bladder of the patient even after he/she is cured.

Treatments of typhoid include antibiotics such as azithromycin, fluoroquinolones or third generation cephalosporin.

Hepatitis A is a highly contagious liver infection caused by the hepatitis A virus. It is a waterborne viral infection is generally caused by contaminated drinking water or food with the stool of someone with the virus, it can spread through flies. Eating fruits, vegetables, or other foods that were contaminated during handling can cause spread of infection. The symptom of this disease is directly related to the inflammation of the liver that’s caused by a virus.

Symptoms include, Jaundice (yellow eyes and skin, dark urine), stomach pain, Loss of appetite, Nausea, Fever, Diarrhoea and Fatigue. Blood tests are used to detect the presence of hepatitis A in your body.

No specific treatment exists for hepatitis A.. In most cases of hepatitis A, the liver heals within six months with no lasting damage .Management involves, Rest, treatment of nausea and rest to liver.

Practicing good hygiene, including washing hands frequently, is one of the best ways to protect against hepatitis A. Vaccines are available for people most at risk.

Dengue fever is a disease caused by a family of viruses that are transmitted by mosquitoes. It is spread by what’s known as the tiger mosquito (Aedes Aegypti), which has black and white stripes and typically bites early in the morning or at dawn. Dengue goes by other names, including “break bone fever.

There are no specific antibiotics or antiviral medication to treat it. For typical dengue, the treatment is concerned with relief of the symptoms and signs. Rest and fluid intake (oral rehydration) are important. Pain relievers such as aspirin and nonsteroidal anti-inflammatory drugs should only be taken under a doctor’s supervision because of the possibility of worsening bleeding complications. Pain killers can be given for headache and for joint and muscle pain (myalgia). Platelet count should be monitored through the course of the illness.  Sometimes hospitalization for dengue maybe advised depending upon the patient’s condition receive IV fluids.

-As it’s transmitted via mosquitoes, one should wear a strong insect repellent containing DEET to prevent getting bitten.

-People should also wear full sleeve clothing when out in the day.

– It is important to remember that the dengue mosquito usually bites only in the day time and breeds in clean, fresh water. So any water accumulation should be avoided.

One of the most common monsoon-related diseases, malaria, is caused by certain species of mosquitoes breeding in the dirty water. Since, there is a problem of water logging during the rainy season, mosquitoes get conducive conditions to breed .This disease is spread by Female Anopheles mosquito. Most deaths are caused by P. falciparum and is the most dangerous type of malaria also known as Cerebral malaria. Other forms of malaria are P. vivax, P. ovale, and P. malariae

Malaria is typically diagnosed by the microscopic examination of blood using blood films, or with antigen-based rapid diagnostic tests.

It is characterized by fever, body ache, chills, and sweating. If untreated, it can lead to complications like jaundice, severe anaemia or even liver and kidney failure. Malaria is treated with antimalarial medications successfully.

Sudden weather change often causes viral fever characterized by fatigue, chills, body aches and fever. The illness is contagious and spreads through infection droplets in the air or by coming into physical contact with infected secretions. General duration of a viral fever lasts from 3 to 7 days, with the severity of the fever being the highest in the first three days..

The general treatment  if side effects and symptoms using OTC drugs in consultation with their doctor, antihistamines, decongestants  and antipyretic drugs are usually recommended, Viral disease are generally self-limiting and generally do not need antibiotic unless there is a secondary infection.

-Boost their immunity by eating Vitamin C rich foods and green leafy vegetables. They must also keep a distance from an infected person.

Gastroenteritis and food poisoning are quite common during the monsoon season, and the high humidity helps in the growth of disease-causing bacteria. The general symptoms of gastroenteritis are stomach cramps, nausea, vomiting or diarrhoea. Fever can develop and one may feel sense of malaise and weakness through the course of the illness.

It is very important that you keep yourself hydrated at all times and bland diet is recommended such as rice, curds, fruits such as banana, apple. Rice kanji water or coconut water is also good line of treatment for hydration. ORS is generally recommended. Course of treatment is mainly to prevent dehydration, control fever. Antibiotics are prescribed after evaluation of the condition of the patient. Antiprotozoal can also be prescribed accordingly.

Some general overall Preventive health tips during monsoon season that we would like to share with you during this monsoon season for your wellbeing:

In case you are experiencing any of signs or symptoms and need treatment or would like to know please contact our centres at Wockhardt Hospital. Wockhardt Hospitals is one of the countries premium hospitals that are focused on the prevention, diagnosis and treatment of medical conditions.

Wockhardt Hospitals, a chain of tertiary care super-specialty hospitals has more than 25 years of experience in the creation and management of Super Specialty Hospitals in India.

Wockhardt Hospitals is regarded  as a centre of excellence the healthcare domain,  having facilities in North Mumbai (Mira road), South Mumbai (Mumbai Central), Navi Mumbai (Vashi), Nagpur, Nasik, Rajkot and Surat. Wockhardt Hospitals has state-of-the-art infrastructure. Our prime objective is patient safety and quality of care at all levels. The guiding philosophy is to serve and enrich the Quality of Life of patients and to make life