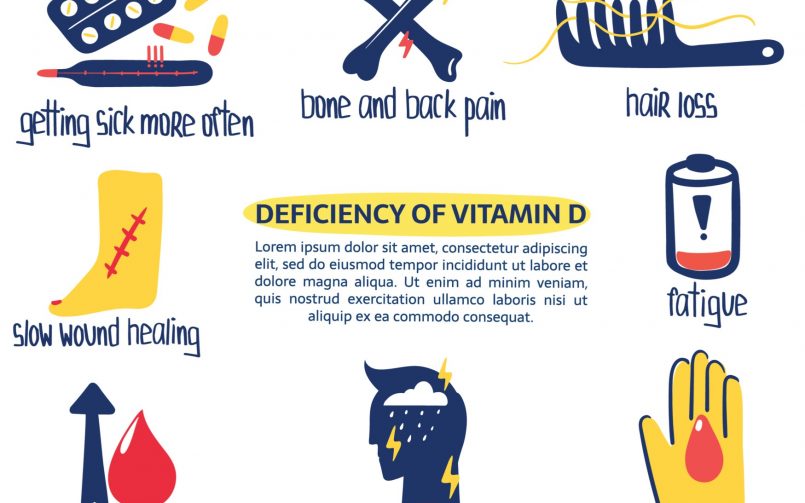 Vitamin D is a pro-hormone that is synthesized in the body when exposed to sunlight, and hence, is called the sunshine vitamin. It is a group of vitamins, including calciferol (Vitamin D2) and cholecalciferol (Vitamin D3), found mainly in liver and fish oils.

Everyone wants to know whether they are Vitamin D deficient right now, as staying indoors seems to be a necessity in this healthcare crisis. A miracle vitamin that boosts immunity, clears skin, aids sleep, curbs anxiety. Perhaps a worry about getting the correct dose of sun exposure required for bone health and mood is vital

§     Improves immunity, along with brain and nervous system

§     Plays a role in regulating insulin levels, and hence, helps in the management of Type 2 Diabetes

§     Helps in the improvement of lung function and cardiovascular health

§     Also plays an important role in the management of obesity

Vitamin D deficiency is linked to the deficiency of Calcium. This is mainly due to the fact that the body needs the vitamin to absorb Calcium. Without enough of it, one can’t form enough of the hormone calcitriol..

The 25(OH)D or the 25-hydroxyvitamin D is the most efficient way to monitor the Vitamin D levels. The amount of 25-hydroxyvitamin D in one’s blood is the best indicator of the levels of the vitamin in the body. 30-100 ng/ml(nanograms per millilitre) is the recommended amount in a healthy human body.

Scientific research of vitamin D protects against viruses, especially respiratory ones, including the common cold. Vitamin D increases the production of antiviral proteins and decreases cytokines, the immune molecules that can cause a storm which reduces infection and is important in immunity.

But when the immune system gets hyperactive, the cytokines are released in a huge amount leading to hyperinflammation.

This is called a cytokine storm which causes cell death, eventually leading to organ damage and even death in some critical patients.

It has been reported that in the case of COVID-19 patients, the cytokine storm is mostly seen in the lungs, which leads to respiratory failure.

The following methods can help increase the vitamin content in the body and thus overcome a deficiency of the nutrient:

§     It is recommended that one spends 20 minutes in the sun every day in order to overcome Vitamin D deficiency.

§     Make sure you include Vitamin D rich foods like mushroom, fish, egg yolk and fortified cereals in your diet. In addition to this, have enough calcium through dairy and eggs.

§     In case the vitamin levels in your body are still low, turning to Vitamin D supplements is still an option.

In case of deficiency please consult your  dietician or orthopaedic doctor for further advise.