A 58-year-old Man With a Heart Attack And Stroke was Successfully Treated At Wockhardt Hospital, Nashik

A team headed By Dr. Nitin Kochar ( cardiac Surgeon) and Dr. Vishal Sawale ( Consultant Neurologist & Stroke Specialist ) at Wockhardt Hospital, Nashik successfully gave a new lease of life to a 58-year-old man with a heart attack and Brain stroke led to complete left-side paralysis. The patient who was on a ventilator & wasn’t able to walk, talk or eat has resumed his daily routine.

Sanjay Bavsar, a 58-year-old resident of Nandurbar, Nashik was jolted out of his normal routine due to a massive heart attack in March. There was a triple vessel block and the patient was immediately admitted to Wockhardt Hospital for bypass surgery.

Dr. Nitin Kochar, Consultant cardiovascular and thoracic surgeon at Wockhardt Hospital, Nashik said, “On arrival in an emergency, the patient had shortness of breath, chest pain, and confusion. His angiography revealed that his vessels were blocked. Then, the patient was advised of Coronary artery bypass graft surgery (CABG) due to acute myocardial infarction.”

Dr. Vishal Sawale, Consultant Neurologist & Stroke Specialist at Wockhardt Hospital, Nashik said, “After the 2nd day of CABG, he suffered from a brain stroke which was a Posterior circulation ischaemic stroke, and his left side was 100% paralyzed. The blood vessels of his heart and brain were blocked simultaneously. The stroke was in the brainstem, he was on a ventilator, and comatose for 3 days. After 3 days he showed improvement but there was a swallowing problem, slurred speech and he couldn’t move an inch. A tracheostomy was done and he was put on Ryles Tube feeding as there was a risk of aspiration too. Emergency clot-busting medication was given to him. His condition started to improve gradually, and he can walk, talk and communicate properly. He took aggressive speech and physiotherapy to recover well. He was discharged after 15 days with a tracheostomy tube which was removed after 2 weeks as he was able to swallow. A stroke is devastating and the cases of it are rising at a rapid rate. Not treating promptly can also lead to permanent disability. A stroke happens to anyone, anywhere, and anytime. It is imperative to recognize the signs of stroke that are B.E.F.A.S.T (Balance Loss, Eyesight Blurring or Loss, Facial drooping, Arm weakness, Speech difficulties, and Time). So, timely treatment within the golden period can prevent brain damage by restoring circulation. He is following up with us for 2 months and has resumed his daily routine now.”

“We were devastated knowing that my brother suffered a heart attack followed by a stroke. We were completely unaware of what exactly a stroke is and why it happens. It was an unknown entity to us. We were shocked to see my brother bed-bound who was otherwise active and cheerful. We felt helpless and sorry for his condition. But, we were determined to see him stand on his feet again and lead the life that he always wanted. We were fortunate to have received timely treatment at Wockhardt Hospital. We are thankful to Dr. Kochar & Dr. Vishal Sawale sir for taking limitless efforts to save my elder brother. Now, he can walk, sit, stand, talk, and eat with ease. I urge everyone to take timely intervention in case of a stroke to minimize its complications,” said the patient’s younger brother Devendra Bavsar. 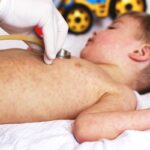 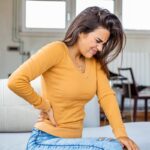 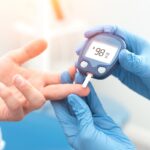 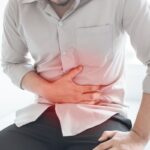 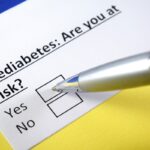 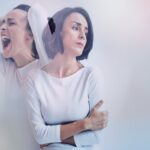