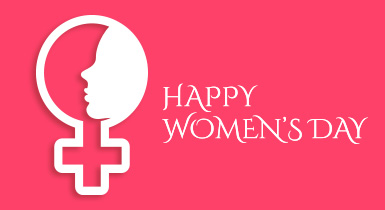 A 32 year old female was complaining of discomfort & reducible swelling in right inguinal (groin) area labial region since 6 months. She visited many hospitals to understand the reason for her swelling, but her diagnosis turned out inconclusive by doctors. The patient was concerned and was referred to Wockhardt Hospital for their clinical evaluation to Dr Aditi Agrawal.

Dr Aditi Agrawal is an established General Surgeon having a decade of experience in her specialty. She has a rich experience of all General Surgeries. She has performed all kinds of open and laparoscopic surgeries including advanced surgeries and specialises in female gynaecological surgeries when referred. On examining the patient, Dr Aditi advised certain investigations.  A pelvic sonography revealed a cystic mass in pelvic area and ovary was not visible on right side. To confirm the diagnosis a CT and MRI scan was done. Diagnosis was ascertained as a hydrocele Hydrocele of the Canal of Nuck (Female Hydrocele), which generally creates an Inguino-Labial Swelling. The inguinal canal is traversed by the round ligament of uterus in women. The round ligament attached with a fold from peritoneal cavity presents as swelling in groin area. Hydrocele of the canal of Nuck is a rare condition in females .Such cases are equivalent of a spermatic cord hydrocele in males (encysted hydrocele). A hydrocele is an accumulation of serous fluid in a body sac and seen in men and females.

For management and further treatment of this patient a diagnostic laparoscopy was performed with hernia repair. Patient was discharged after favourable conditions and follow up was advised.

For any women related health issues please visit us at Wockhardt Hospital.

A 72 year old female was suffering with a rare condition for last 3 months. She was not able to swallow food and had stopped eating solid foods and was on a liquid diet. She was undergoing considerable weakness and weight loss. Soon she developed a complete loss of appetite and was vomiting. She was referred to Wockhardt Hospital for ascertaining a diagnosis of her condition.

The patient was advised a CT scan and a polyp was discovered with impacted food residue. Further to this an Upper GI endoscopy was carried out to confirm the diagnosis.  Dr Aditi Agrawal, a general surgeon at Mira Road decided that the surgical removal of the polyp through Gastrostomy was the only line of treatment.

Medically this condition of entrapment of food in a mass is called PHYTOBEZOAR. It is a trapped mass in the gastrointestinal system that consists of components of indigestible plant material, such as fibres, skins and seed etc. This condition is one of the unusual causes of small bowel obstruction in a patient. Generally the treatment of small bowel obstruction is surgery. Prevention includes avoidance of high fibre diet, prokinetics particularly in patients who have undergone gastric surgery.

After surgery patient was stable and was advised a follow up, diet to be maintained. Patient has now recovered and is tolerating meals.

For further queries regarding any gastrointestinal complaints please visit us at Wockhardt Hospital.

A 42 year old female, developed bleeding from umbilicus region and was associated with severe lower abdominal pain since 15 years. She had been suffering from other gynaecological symptoms in addition to this which were infertility, irregular menstruation and dysmenorrhoea.

On examination with a surgeon, Dr Aditi Agrawal at MIRA Road Wockhardt Hospital, a 3 cm nodule at the umbilicus was discovered. A CT scan abdomen was advised. The CT scan report showed a nodule at the umbilicus with multiple fibroids in the uterus. On Histopathology investigation endometriosis was ascertained. The condition is called Weeping Umbilicus .The course of treatment planned was an excision of the umbilicus nodule with reconstruction along with hysterectomy to alleviate the patient symptoms and give a better quality of life to her. After the surgery a 3year follow up was planned and the patient has now recovered.

For any women related issue please visit us at Wockhardt Hospital. 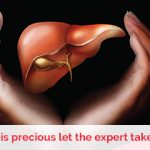 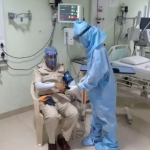 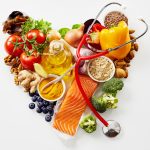